or: How I used critcal path CSS to help speed up loading

A look into how I fixed an issue with a less than optimal optimisation, or how I got critical, phantomjs, SVGs and responsiveness to play together.

The background & the problem

I’ve add critical into this blogs build pipeline. Critical’s job is to generate the critical CSS for each page and then inline it.

The problem was I was getting a pop-in with the css, un-styled content at the bottom of the screen. This felt like a step back from loading the full stylesheet. 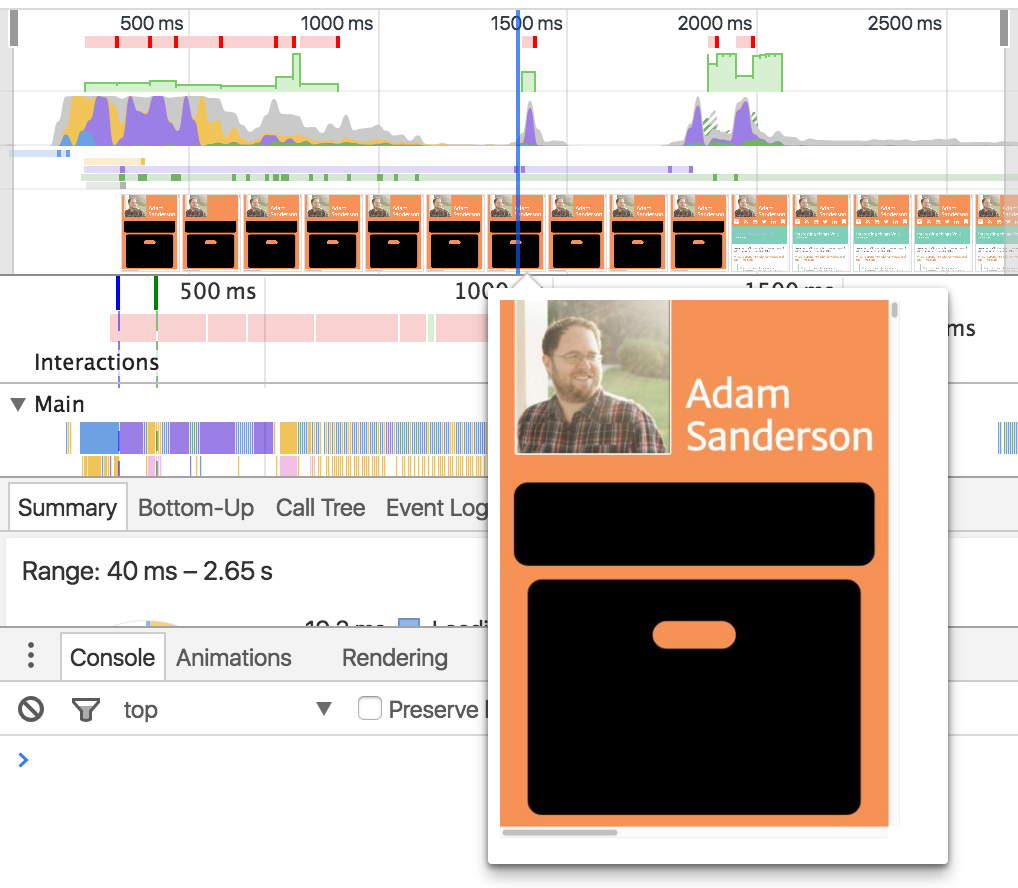 The first stop in the process to track down the issue was to check what CSS was being inlined. This was simply looking at the generated <style> tag in the head of the document. It was obvious that the .nav section of rules were missing.

So we know the issue is with the generation; and only some of the expected rules being generated.

My next target for inspection was the SVG title in the header. It seems the rules after that were not being generated. So I deleted the SVG re-ran the generation and found that had fixed the missing CSS rules.

A picture is worth a thousand words

The next step was to see what was being generated inside of critical to get this unwanted result. So I wrote a simple phantomjs script to take render the page and see what it looked like.

The results were surprising.

I wanted the text in the heading to be responsive. The problem is without bounds that heading SVG got BIG. The above screenshot is 10000px high, so with that critical was getting all of the above the fold content.

I added bounds, simply set the max-height for the SVG’s container element and re-ran the generation to get this.